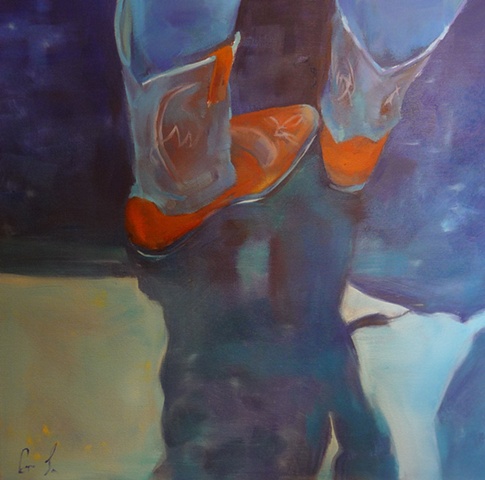 It was a rainy evening, my co-workers were evicted from the office of a seven story building on Seventh and Market. I volunteered to help the staff of Poor News Network move out into a new office in the Mission. As we were loading as much as we could into a little van, a loose box ripped and out fell office supplies into the wet street. As we tried to salvage the wet electronics I was able to capture the unique boots of a nameless brave leader trying to regain momentum in the news world as problems arose due to lack of funding. Still today the POOR Magazine or PNN, struggles with lack of monetary support because of their non-tolerance for un-independent media thereby ‘Resisting Poverty through media, education, and art.’”